Heroin Withdrawal – How Long Does Heroin Stay In Your System?

Heroin is an opioid drug that is derived from the seeds of opium poppy plants. Illegal in many countries, heroin is sold illicitly in the form of white or brown powder, or as a sticky or solid black substance known as black tar heroin. Those that abuse heroin may do so through snorting, smoking, or injecting it intravenously. 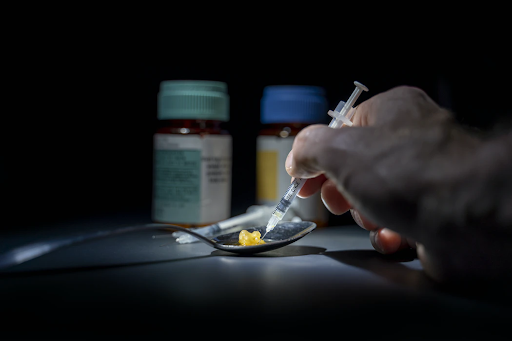 First produced on a commercial scale for medical purposes in 1898, heroin was considered to be more effective at pain relief than morphine or codeine, but it also had an outrageously high addiction potential. Those that used heroin quickly developed tolerances and many became addicts. This dangerous narcotic drug was soon banned in many countries, but unfortunately this led to the “underground” production and selling of heroin.

Heroin withdrawal can be uncomfortable, painful, and in some cases, dangerous. That’s why the process of detoxification from heroin should occur under professional medical supervision.

This article will teach you how to recognize the signs and symptoms of heroin withdrawal and will help you get a better understanding of the withdrawal timeline. You will also discover an option for pain-free detoxification.

What are the symptoms of heroin withdrawal? 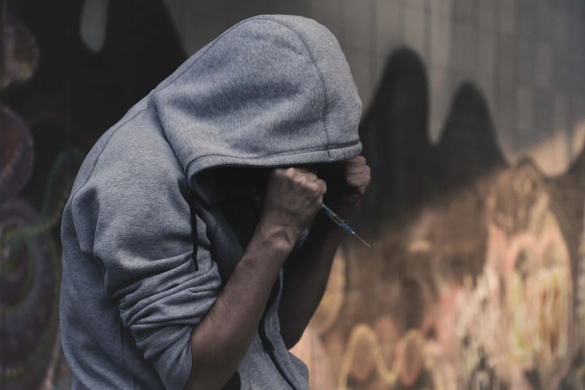 The signs of heroin addiction

The symptoms of heroin withdrawal

About 6 – 12 hours after your last dose, the symptoms of heroin withdrawal may appear. Withdrawal symptoms may feel similar to a bad case of the flu. If you experience the following symptoms a few hours after you last use, it is possible you may be going through withdrawal:

While withdrawal is not usually life-threatening, it can be a very painful and stressful process. In fact, going through withdrawal without expert medical support usually leads to relapse due to how unbearable the symptoms are. Knowing what to expect during each stage of withdrawal can help you stay calm and get prepared. Here is the general timeline for heroin withdrawal:

Day 1: The first symptoms of withdrawal can appear within the first few hours after your last dose. The time it takes for withdrawal symptoms to appear depends on several factors including the drug’s dosage and the severity of your addiction. You may start to experience cravings and increased anxiety and irritability as withdrawal starts.

The average half-life of heroin is three minutes when injected intravenously. This means that half of the administered dose is metabolized by the body in three minutes. Since heroin is metabolized so quickly, it will usually be out of your system in 15 to 30 minutes depending on a variety of factors including dosage, method of administration, and the composition of your body. Even though heroin leaves your system relatively quickly, it can still be detected hours to months later using blood, urine, and hair follicle tests.

How does heroin detoxification work?

The first step toward getting off of heroin is choosing to quit and accepting that it can’t be done alone. The best place to go through heroin detoxification is in a hospital specialized in drug withdrawal treatment.

Quitting heroin alone can be very dangerous due to the potential for overdose. When a heroin addict that is going through withdrawal symptoms relapses, they may not realize that their tolerance for the drug has lowered. This may cause them to take too high of a dose, which can lead to very dangerous overdose symptoms and even death.

Also, when experiencing unpleasant withdrawal symptoms, the addict is very likely to return to their addiction. This is why the safest way to detox from heroin is under expert medical supervision. Ultra-rapid opioid detoxification (UROD) is an optimal therapy for those suffering from heroin addiction that don’t want to go through the uncomfortable symptoms of withdrawal. UROD is an anesthesia assisted procedure that rids the body of opiates through administration of naloxone and naltrexone. Since the patient is under anesthesia for the duration of the procedure (which lasts from 6 – 8 hours a day, often for several days), they don’t have to suffer needlessly through painful manifestations of abstinence.

Unlike traditional detoxification, the withdrawal symptoms the patient may experience after a rapid detox procedure are significantly reduced. Rapid detox makes the process of getting off of heroin as comfortable as possible and dramatically shortens recovery time.

If you want to find out more about getting off of heroin safely and avoiding relapse, get a free and confidential online consultation. You will discuss treatment options and the various outcomes with an expert of the clinic >>>

You can expect to go over the following topics:
1. How will addiction be treated in your case?
2. Will the treatment help to stop the urges and prevent relapse?
3. How much does the program cost and how long does it take?

Heroin is an incredibly addictive and dangerous narcotic drug, and you shouldn’t wait to get help with detoxing for you or your loved one. Talk to a medical professional today in order to learn how to get through withdrawal symptoms safely and avoid relapse.